Devils win 13 in a row to equal franchise record 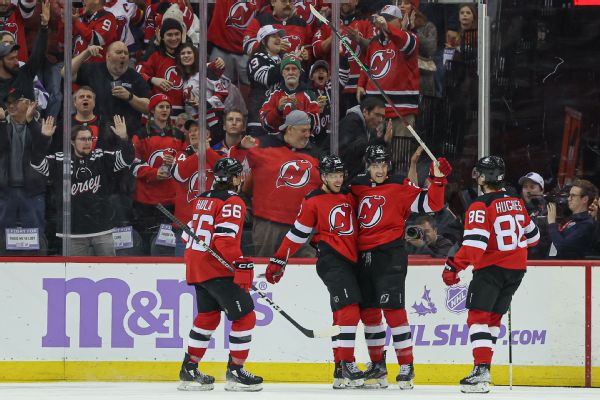 Their current streak started on Oct. 25 and has fueled the Devils’ surge to the top of the Metropolitan Division. This is the second time New Jersey has defeated Edmonton during that streak.

The Devils can set a new franchise record for consecutive wins when they meet the Toronto Maple Leafs at home on Wednesday night.

The Devils got a goal and assist from winger Jesper Bratt and center Dawson Mercer, whose second-period tally came on a misplay by Edmonton goaltender Stuart Skinner. The Devils also had goals from defenseman Damon Severson and forwards Tomas Tatar and Yegor Sharangovich.

Nico Hischier had three assists while Jack Hughes had two helpers for New Jersey. Goalie Vitek Vanecek, who has appeared in 10 of the Devils’ 13 straight victories, made 27 saves.

“We’re playing a really good brand of hockey right now,” Hughes said before the game. “You believe you’re going to win every game. I think we have a ton of confidence right now. It doesn’t matter who we’re playing. We’re going to play our game and we like the results recently.”

The all-time NHL record for most consecutive victories is 17 straight, set by the 1992-93 Pittsburgh Penguins — a streak that ended with a tie against the Devils in the last game of the regular season.