Hannity on GOP’s Hunter Biden investigation: Could be ‘biggest pay-to-play scandal’ in our nation’s history 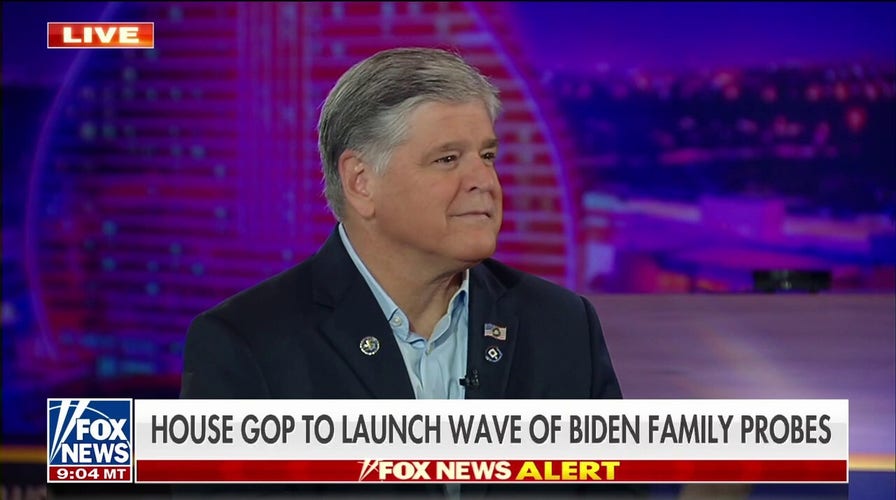 Hannity described the Hunter Biden saga as potentially “the biggest pay-to-play scandal” in the nation’s history.

“I’ve been bringing this up for the longest period of time that I do believe the Biden family is compromised,” Hannity said on “The Faulkner Focus” Thursday.

While President Biden has denied connections to his son’s business, several voicemails and emails have suggested otherwise.

“Joe Biden made definitive statements that he never had a conversation with his son Hunter about his foreign business dealings. We know that’s not true,” Hannity said.

“A vice president would never leverage a billion dollars of taxpayer money to get a prosecutor in Ukraine fired. Then it turns out his son is being paid millions and he goes on ‘Good Morning America’ and admits he has no experience at all.”

Reps. James Comer and Jim Jordan allege that evidence from whistleblowers and from Hunter Biden’s laptop suggest that President Biden could be connected to numerous crimes and threats to national security.

“What we know is that [Hunter Biden] implicates repeatedly his father,” Hannity said, teasing an interview Thursday night on his show with former Hunter business associate Tony Bobulinski.

Hannity also shared his suspicions over certain policies from the Biden administration and what their potential connection could be with the investigation into Hunter Biden’s business dealings.

“It made no sense to end the Keystone XL pipeline while simultaneously granting a waiver for Vladimir Putin to build his Nord Stream 2 pipeline.”

“I don’t think the president has any power with China,” Hannity said. “But if you go to the laptop, there are numerous references that Hunter himself makes implicating his own father, ‘the big guy’ complaining about having to pay for repairs at his house.”

With Republicans securing a House majority, many expect numerous investigations beyond the Hunter Biden business dealings, including on border security and the Department of Justice’s response to parents concerned about education.