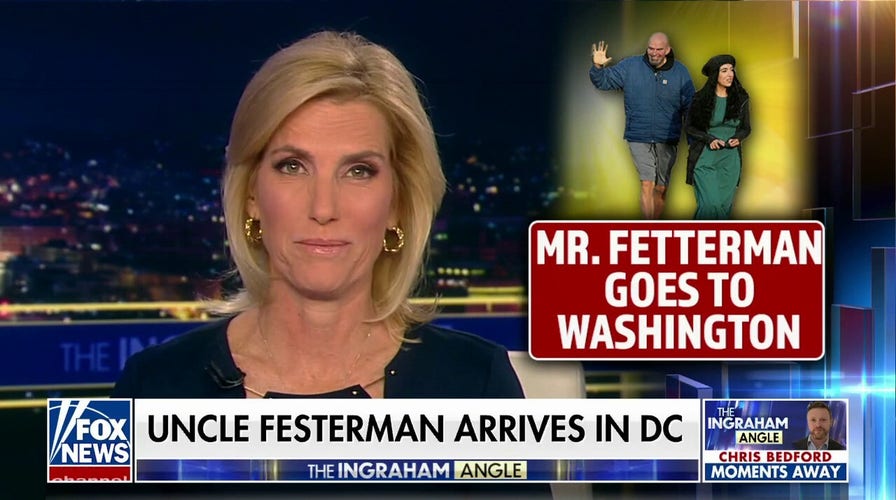 Fox News host Laura Ingraham has the latest on Sen.-elect John Fetterman’s orientation for newly elected members as he was “almost unrecognizable in a suit” Tuesday on “The Ingraham Angle.”

LAURA INGRAHAM: Tonight we’re kicking off the first in a series we’ll call Mr. Fetterman goes to Washington. Newly elected Senate members had their orientation and Pennsylvania’s John Fetterman was almost unrecognizable in a suit. Now, the massive marionette was greeted as a conquering hero by his new masters. But it wasn’t all breezy as Shrek made his first trek through the halls of the Senate, he was asked about his trademark look. When a reporter tweeted they didn’t get a response to the question, his adviser was quick to swoop in, replying, “He’s still recovering from a stroke and has lingering auditory processing challenges. The way Hill reporters are used to yelling questions at senators will not work here.” Now why do I get the sense that this line’s going to be well-worn throughout the next few years?

But beyond those pesky reporters, Fetterman has another potential challenger to keep his eye on, and it’s one of his closest friends — well, his wife, Gisele. During the campaign, there were suggestions she was really pulling all the strings because she gave speeches, did interviews and some even mused that she was angling to replace him if he should win.