LAURA INGRAHAM: Republicans need to beat Democrats at their own game 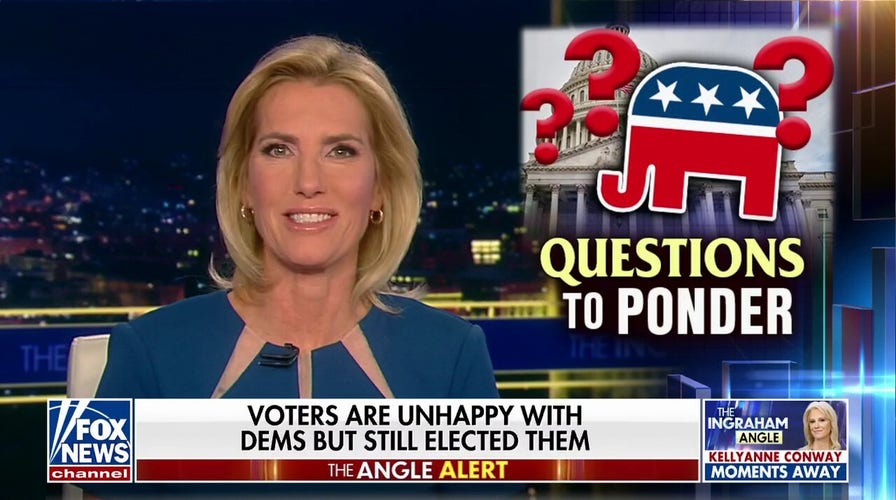 Fox News host Laura Ingraham breaks down the role Republican Party leadership played in the midterm elections and whether voters should demand new leaders on ‘The Ingraham Angle.’

Fox News host Laura Ingraham analyzes the role Republican Party leadership played in getting candidates elected in the midterm elections in her opening monologue on “The Ingraham Angle.”

LAURA INGRAHAM: Questions to ponder. That’s the focus of tonight’s angle. Now a lot of finger pointing continues tonight in the Republican Party. Here at the angle we’re less concerned about the finger pointing, about the past. We’re more concerned about how to get better results in the future. Lots of buzz about challenges and changes to the Republican leadership in the House and the Senate and the RNC after more disappointing news over the weekend and tonight out of Nevada and Arizona. Now, who knows how things are going to shake out but as much as the grassroots wants to turn the entire party upside down, and I do not blame them one bit; they need to be realistic about the landscape. You can’t beat something with nothing.

WHAT IS BALLOT HARVESTING?

And the power of the status quo is formidable. Whoever is in charge, will have to lay out the groundwork now for a far more sophisticated campaign in 2024. If you want to lead the Republican Party you need to be able to answer tough questions. First, we can complain about it, and we do, even in some Republican states, ballot harvesting is legal in certain circumstances. In fact, it’s legal in dozens of states. Ballot harvesting is basically when a third party, often political ops, can collect and bring in ballots for a voter. So, why the heck aren’t the Republicans better at it?

What are the most successful groups doing it now? How much does it cost? What are Republicans doing to emulate the successful methods? Why can’t they canvass at senior centers, baseball games, country music festivals and I don’t know outside of NASCAR events? Second, as much as we all wish voting was limited to one day, and I would mandate that tomorrow if I were queen, early voting is probably here to stay. So, what’s leadership proposing that their state officials do to get better at this? You got to hand it to them, the Democrats know how to game the system. But, until Republicans can change election laws, they need to beat the Democrats at their own game.