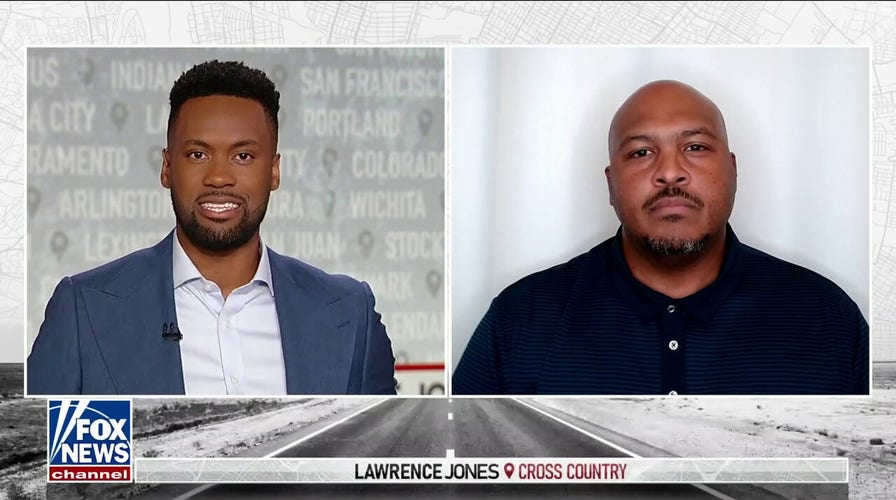 NFL legend Corey Simon on the future of the GOP

Super Bowl XLI champion and Republican Florida state Sen.-elect Corey Simon joins ‘Lawrence Jones Cross Country’ to discuss the success Republicans had in Florida and his recommendations for the GOP in its next steps.

Republican state Sen.-elect Corey Simon, whose background includes a football championship, went on “Lawrence Jones Cross Country” to discuss his state Senate bid, saying his run was about what families want in their future.

LAWRENCE JONES: [Corey Simon] has walked onto a different field: politics. Corey [Simon] is the new state Sen.-elect in Florida’s 3rd District and becomes the first Republican to represent the district in decades.

We’re getting these election results tonight, all this breaking news, and it doesn’t look as strong of a victory for the Republicans. But you were able to capture a seat that Republicans didn’t have for decades. So what were you able to do differently? What did you tell the voters to make them come out there and vote for you, sir?

EVERYTHING YOU NEED TO KNOW ABOUT THE SENATE MIDTERMS, CANDIDATES, AND IMPORTANT RACES

COREY SIMON: I think at the end of the day, I stuck to the things that our families worried the most about. Putting food on the table, keeping the lights on and putting gas in the car. And those are the things that we focused on.

We also had a message of hard work with our career and technical education piece. And so those are the things that really resonated with the folks here in District 3.