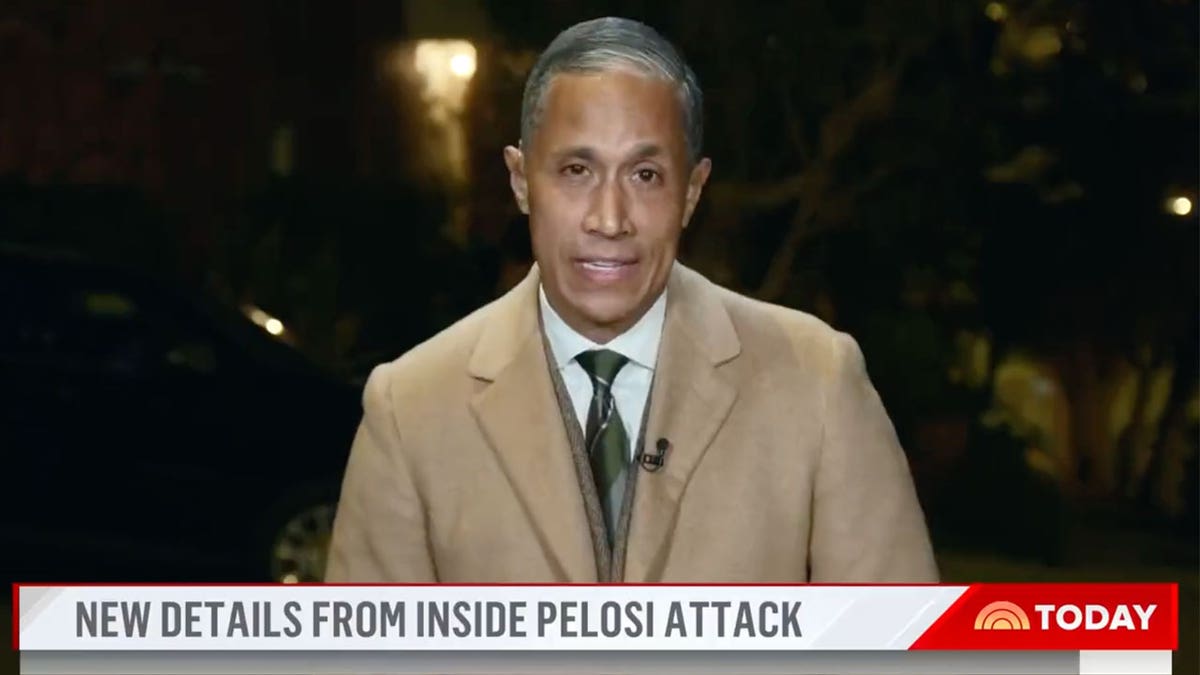 Journalism is supposed to be the first draft of history. And any writer can tell you that the first draft is filled with errors. Sometimes, no matter how many drafts you try, everything ends up as clear as mud. Here’s a recent example.

According to Fox News, “NBC News national correspondent Miguel Almaguer reported on Nov. 4 for ‘Today’ that police didn’t know they were responding to the Pelosi residence, Pelosi opened the door for police but didn’t attempt to escape or declare an emergency, and even walked away from law enforcement and toward his eventual attacker. Almaguer’s report was erased from all NBC News platforms later in the day.”

Nearly two weeks after NBC’s report on the alleged attack on outgoing House Speaker Nancy Pelosi’s husband Paul, all we have learned is that NBC rejected the report and suspended the reporter – Almaguer. Almaguer’s Twitter account shows no tweets from the day of the report onward.

First, NBC removed the video of the news report without telling anyone why, other than to say, “The piece should not have aired because it did not meet NBC News reporting standards.” Then, on Nov. 15, NBC also took down its own reporter: Almaguer.

The Daily Beast reported, “NBC ‘Today’ show correspondent Miguel Almaguer has been suspended pending an internal investigation after NBC News had to retract his reporting that inflamed right-wing conspiracy theories about the brutal assault on Paul Pelosi.” (Don’t you just love how it’s conspiracy talk to try to figure out what happened when there is conflicting information?)

So, I have questions, and I bet you do, too. Here are five:

It sure doesn’t look like it. The network took down a video that it ran, suspending a reporter who it employs and we still don’t know what they say was wrong with the report. We are left to guess based on either the reporting or inference of others.

More than anything, it comes across that Almaguer violated an underwritten rule of employment – don’t drag your employer into anything embarrassing.

2. Has NBC News ever heard of the Society of Professional Journalists?

I write that sarcastically. I know they have because “Nightly News” anchor Lester Holt has an intern who was one of 10 people from around the nation selected for a prestigious role to be “part of the SPJ News team” at the recently held “MediaFest22.”

So if he’s heard of SPJ, one might presume he and others at his network have heard of SPJ’s “Code of Ethics.” I only ask because the code has an entire section titled, “Be Accountable and Transparent.” That section is all about, “Ethical journalism means taking responsibility for one’s work and explaining one’s decisions to the public.”

Apparently, no one in leadership at NBC News has read this or will admit it. So, here’s a link.

3. Why is no one in the liberal media pushing to release the video of the attack?

I get it, it’s the Internet. It wouldn’t be the same if we didn’t have conspiracy theories. Ancient aliens and UFOs, the Mandela Effect (This can blow your mind if you don’t know about it) as well as stupid stuff about body doubles taking the place of everybody from Russian President Vladimir Putin to singer Avril Lavigne. (No, I’m not kidding.)

Yes, video can be faked. So can audio or photos. Putin’s predecessor Stalin used to be one of the big backers of this art. But at least show everyone the video from the Capitol Police cameras and the cops’ body cam footage.

You bet if this attack took place at Mar-a-Lago and involved a Trump family member, every outlet in the country would be demanding to see the video. How come NBC News isn’t?

4. Does journalism mean never having to say you’re sorry?

For those of us who are old (Ahem…), we remember “Love Story” stars Ryan O’Neal and Ali MacGraw teaching us that, “Love means never having to say you’re sorry.” If you can get away with that in your personal life, more power to you. But that doesn’t cut it at work.

NBC News knows that. How do we know? Because they apologized. Try to find the original video on their website and it’s taken down. All you have is this statement: “We apologize, this video has expired.”

“Expired?” I don’t know whether that means it met its pull date like sour milk, or someone pulled the plug on that particular server and it died. Either way, we don’t know what it did to deserve giving an apology.

5. Is San Francisco an offshoot of NBC’s Denmark Bureau?

Shakespeare fans probably remember the quote from “Hamlet,” “Something is rotten in the state of Denmark.” William S. used the expression to indicate the possibility of corruption. That doesn’t indicate an embrace of any existing conspiracy theory or, God help us, the creation of a new one.

But any decent journalist has to admit how NBC is handling this story stinks. It calls to mind the classic David Burge (@iowahawkblog) quote, “Journalism is about covering important stories. With a pillow, until they stop moving.” Only this time, NBC News is doing it to one of their staffers as well as the story.

Now it’s time for NBC News to give us some answers.