NYC mother hits back after ‘1619 Project’ author mocked her subway concerns: ‘They just refuse to see it’ 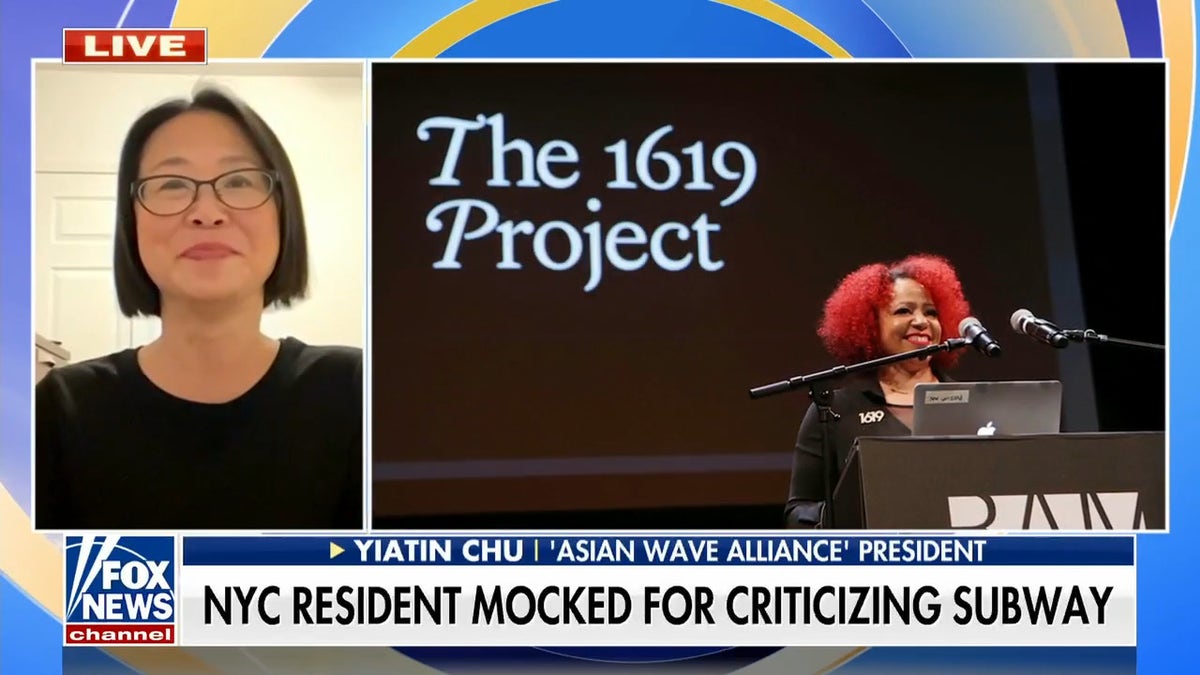 A New York City mother is speaking out after “1619 Project” author Nikole Hannah-Jones mocked her concerns the city’s subway system.

Education activist Yiatin Chu joined “Fox & Friends First” Tuesday to discuss how her unpleasant experience has become the norm for many New Yorkers and give her response to the liberal journalist that ridiculed her concerns.

“This was an experience that probably thousands of New Yorkers have every single day, and I just want to Twitter to vent about my latest ride,” Chu told co-host Todd Piro.

“Crime has been going up in the last two years,” Chu said. “We know the numbers. We also know as New Yorkers that a lot of crime isn’t reported. It’s a nuisance. It’s the lawlessness. It’s just the annoyance that we come into every single day while taking our subway, commuting to work.”

Chu tweeted, “Pay $2.75 to be in a subway car with a loud and aggressive man threatening to hit his female partner, switch cars at next stop to be in a public toilet/ urine-odor, crowded car for the rest of my ride. This is Governor Hochul and Mayor Adams’ New York City.”

She said she received plenty of responses from various New Yorkers validating her experience, saying they have also been in similar situations on the subway.

‘THE VIEW’ HOSTS SPAR OVER CRIME: ‘NEW YORK CITY IS ONE OF THE SAFEST CITIES IN THE COUNTRY’

But Hannah-Jones quickly shot back, “Yes, yes. This was absolutely unheard of on subways until two years ago.”

Despite the criticism, Chu, who has ridden the subway for decades, said the situation appears to the worst she has ever seen it.

“Now when I step on the trains, I’m on high alert,” she continued. “I’m looking out for myself. I’m making sure that my space is not going to be unsafe for myself or my fellow passengers.”

Chu pinned the blame of the surging violence on the city’s leadership, blaming what many critics call a soft-on-crime approach.

“It shows that a lot of the policies that the Democrats, frankly, that’s been in power have been making has made our streets and our subways really bad for all of us in New York,” Chu said. “And they just refuse to see it.”

“There were many, many people that agreed with me in terms of the state, and then there are people that I think just live in their little world.”

Bailee Hill is an associate editor with Fox News Digital. Story ideas can be sent to bailee.hill@fox.com