Republicans in 2024 are in grave danger of repeating 1964 disaster 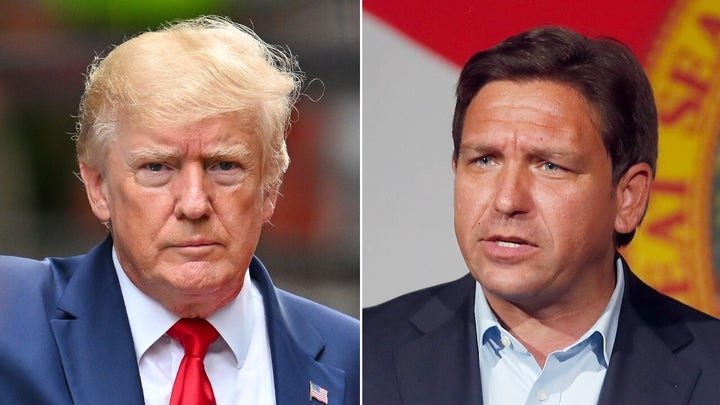 Republicans must learn the lessons of the 2022 elections and think through a path to victory in 2024.

Republican Leader Kevin McCarthy’s recruitment of women, minority, and veteran candidates – and prolific fundraising ($485 million) – enabled House Republicans to gain seats for a second straight election despite losses in other parts of the GOP.

Nonetheless, 2022 involved a lot of shocking defeats and disappointments. And 2024 promises to be potentially even more dangerous to Republican hopes.

I am worried about the potential for 2024 to become 1964, when Republican Barry Goldwater was annihilated by Lyndon B. Johnson. I lived through 1964, and I saw how badly a bitterly split party can devour itself.

The Republican presidential defeat in 1964 was so divisive it pulled down GOP congressional candidates, governors, and state legislators. It took years to recover (in the U.S. House, we did not fully recover until the 1994 Contract with America campaign).

I remember the disaster vividly, because in 1964 I took a year off college to manage a campaign for Congress in North Georgia. I was deeply involved in the campaign process that year, and it unfolded in a fascinating but horrifying way. It was a lot like watching a car crash that you couldn’t stop.

President Johnson had succeeded President John F. Kennedy after the latter was assassinated on Nov. 22, 1963. It is likely Johnson would have been re–elected because the American people did not want a third president in fewer than two years.

However, in a normal election year – if faced with a united Republican Party – Johnson would probably have won a relatively narrow victory. The GOP would not have been particularly shattered. However, when the bitterly divisive Republican nomination process was over Republicans were so split that Goldwater only received 38.5 percent of the vote and carried only six states.

Goldwater lost so badly because the personal bitterness between the conservative movement and the traditional Republican Party grew intense and uncontrollable. When Gov. Nelson Rockefeller spoke at the GOP National Convention in San Francisco, he was booed. The moderate wing of the GOP openly ridiculed and attacked Goldwater. The tenor of the campaign was captured by Ambassador Bill Middendorf in a book entitled “Glorious Disaster: Barry Goldwater’s Presidential Campaign and the Origins of the Conservative Movement.”

In that “glorious disaster,” the seeds of the future were planted in October 1964, when an actor named Ronald Reagan gave a brilliant, nationally televised speech entitled “A Time for Choosing.” (It is still available on YouTube and worth watching.) It raised a remarkable amount of money for that era and launched Reagan on a 16–year quest for the presidency. In that sense, Goldwater strategically helped change America while collapsing in the immediate election.

Republicans in 2024 are in grave danger of repeating the 1964 disaster.

Republican candidates who focus on tearing down their primary opponents rather than solving America’s problems will further alienate millions of Americans who are tired of the negative, destructive attack approach.

A 2024 election in which the GOP is deeply divided and angry with itself would be an historic disaster similar to 1964.

In that situation President Joe Biden – or whoever the Democrats nominate – would sweep into office with huge majorities in the House and Senate. America would continue to move toward Big Government Socialism and wokeism, and America would grow poorer, weaker, less free, and more vulnerable to enemies who want to replace us as the leading power in the world.

President Trump has it in his power to bring together all the major candidates and agree to limit to campaign attacks. Arguments over policy are fine. Attacks based on personality guarantee bitterness and divisiveness.

Simply stated, the commandment said, “Thou shalt not speak ill of any Republican.”

This rule would cripple the viciousness and destructiveness of the paid consultants who rely heavily on finding weaknesses and trying to cripple or destroy their opponents through negativity (which clearly failed Republicans in 2022).

It would also require discipline and courteous mutual respect among the candidates.

The American people are deeply tired of the bickering and negativity. They are eager for a return to normalcy (to use a phrase from the amazingly successful Republican campaign of 1920).

Without some restraints and some effort at mutual respect, the GOP will tear itself apart and we will have historically failed the American people – while putting the future of our country in the hands of a hard left movement which despises everything for which we stand.

This is a big moment of decision for Republican leaders.

Let us hope they put the country first.

Newt Gingrich was Speaker of the U.S. House of Representatives from 1995-1999 and a candidate for the 2012 Republican presidential nomination. He is chairman of Gingrich 360.